The Unfortunate Case of App Piracy

A retweet from a one Dan Lazarides got me thinking about piracy on android...Â The RT was of a tweet made by creative studio Lucky Frame, and related to the number of real sales of their android game Gentlemen! compared to the number of copies of the game that have been pirated.

The score? 8 real sales compared to 2,462 copies pirated. Regardless of anything else, those numbers are quite frankly disgusting. 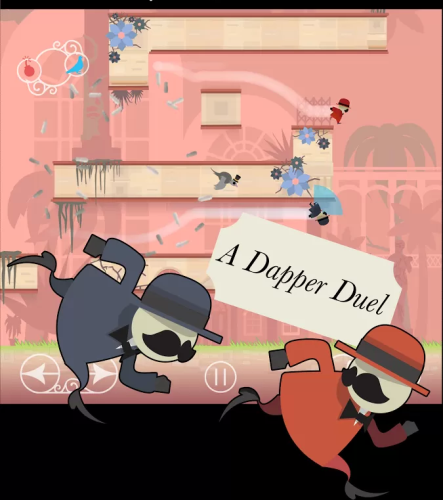 But it got me thinking. Obviously piracy is a real issue. And honestly I have no idea why a lot of people actually pirate games/apps that only cost a few Â£ at the most (obviously, there are cases like not available in your region, or no access to paid apps, but that's a different conversation).

What can be done to limit piracy? Rather than run away from it, we should think about why it happens, and maybe from that we can take steps to reduce it. We'll never totally get rid of it, unfortunately there are just some people out there that like to take without giving back.. But lets see..

The Play store graciously offers a 15 minute free trial of paid apps. But quite often this just isn't enough time to tell if you actually want a game or not.

This might lead to people looking for a pirate version to try the game for longer. Offering a limited free version of the game might well be enough of an initiative to stop people looking for a pirate version. If they enjoy it, they may well buy the full app. If they didn't have the choice, but enjoyed the pirate app they found, there is less incentive for them to buy the game legally, especially if they lose any progress they have made.

It's a shame, but it's also a fact that people on android are generally speaking, less willing to pay more for apps and games than people on other platforms might be likely to do. Taking Gentlemen! as an example, the price is on the higher end of what you will see for comparable games on the Play Store.

I think this really needs to be taken into consideration. Higher priced apps will sell less, but the margin is higher. Finding the right balance is difficult, and I don't envy developers who have to make this decision, especially when the right price doesn't allow for them to make a living.

This one comes back to giving people a reason to pay for the app in the first place. Make sure you add lots of graphics, a video and a good insightful description. This is the first thing people will see, and as they have to part with money to see more, give them a reason to want to take that extra effort.

Make your app/game available to people and their devices. For example, you don't have to just allow it to be released on those devices you've specifically tested against. Android should do most of the hard work for you in making sure it works on most of the devices out there. People may pirate a game because they simply cannot install on on their device through a legal means, even though the app works fantastically on their device.

There is a risk however, if it doesn't work well on some devices you may get some negative reviews. But if you test against the most popular handsets and devices, the numbers of those should be relatively small in comparison. The risk of limiting is higher than the risk of opening your app up to everyone.

(There are more technical ways to limit piracy too, but I won't delve into these in this post.)

I'd be interested to hear all your thoughts on the above too. Oh, and while you're thinking it all through, why not try out Gentlemen ! and see what all the fuss is about! :P