I've had the Samsung Galaxy Nexus for a few weeks now, and if you follow me on twitter, you'll know I rate this phone extremely highly. In fact out of all the phones I own, I rate it highly enough for it to be my daily driver. Mobile phone covers are something the majority of people use with their phones, especially phones thisÂ expensive. I've recently got the chance to check out one of the few cases currently available for the Galaxy Nexus, the CaseMate Barely There case. Take the jump for the full review! 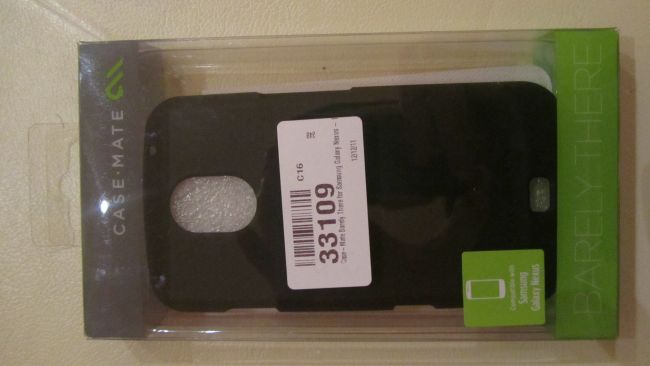 The case actually has packaging, which is a bit of anÂ anomalyÂ with phone cases. The case is clear plastic, and contains the CaseMate logo and Barely There name on the front, along with a "Compatible with Samsung Galaxy Nexus" sticker to ease the mind. The back of the packaging proclaims this case to be the "Le Boitier Fin Original", or "The Original Slim Case" for those of us lacking in a bit of French... je ne sais quoi.

Inside the case an information sheet is provided. The sheet contains a QR code allowing you to join the CaseMate newsletter, and Â an image that seems to suggest that this case is hammer resistant. For the purposes of this review, I unfortunately won't be confirming this claim, but feel free to send us in your pictures if you fancy having a go!! 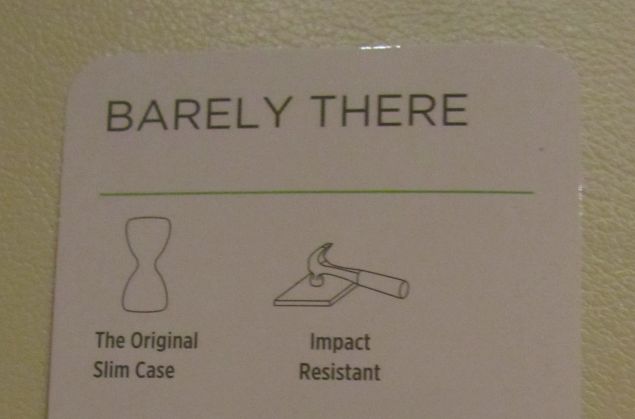 As with most thin phone cases, the process of putting this case on your phone is extremely simple. Simply put the phone in the case and push, it should clip right in place. Unlike some clip in cases, the Barely There case easily slides in, almost as it if shouldn't logically stay in place. Â The sides of the case lift up over screen which helps keep the case on. It will never come off unless you purposely remove it.

Removal of the case is also very easy. Again, some cases drag on the volume rocker or power button when you attempt to remove them, not so with the CaseMate, it slides off just asÂ easilyÂ as it slid on.

The case is made of some sort of plastic material,Â accordingÂ to the CaseMate website this is actually a specially engineered material with a hard to break shell. The material feels smooth to the touch which is nice, but it also makes the phoneÂ slightlyÂ more slippy to hold than without the case. As you should know the back cover ofÂ theÂ Galaxy Nexus is textured, so this smooth case willÂ alwaysÂ be more slippy. It's important to note that it isn'tÂ excessivelyÂ slippy though, I certainly don't ever feel like I will be dropping the phoneÂ whileÂ using this case.

The back of the case has the CaseMate text ad logo just above the gap for the rear speaker. The logo is indented into the case, and is very small, it's actually difficult to notice it's really there which is a positive from my point of view. The logo doesn't attempt to be the main focus of this case.

As the name of the case suggests, the aim is to offer some protection without adding bulk or weight to the phone. The case does generally live up to its "Barely There" name, the phone doesn't really feel much heavier with the case on, but it does feel slightly more substantial. I think this might be due to the fact that the bottom end of the case doesn't sit flush with the back cover of the phone. You can push down the case slightly showing there is a slight gap. I think this may be due to the curve of the phone, and it's not a huge issue, just something I personally noticed whilst inspecting this case. 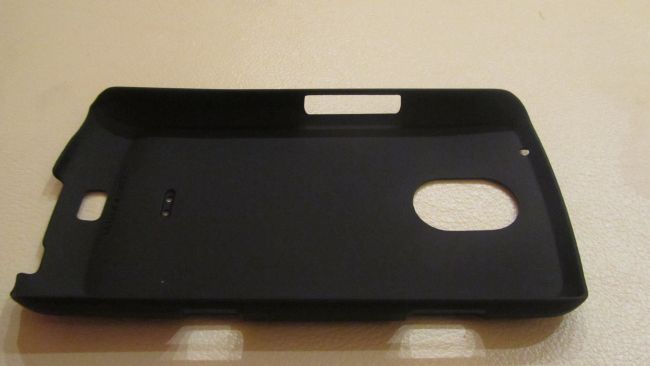 The case covers the whole back of the phone, both sides and about 1/3 of each end. The back of the case has a gap for the camera and flash, the rear speaker and also contains 2 strange little holes towards the bottom that don't seem to serve any purpose at all. The left hand side has room for the volume rocker while the right makes pace for the power button and docking connectors. The bottom of theÂ case leaves plenty of space for the microusb connector, 3.5mm headphone jack and microphone.

The case won't protect your phone from a hammer blow, but it will stop those pesky little scratches and scuffs we all hate so much. 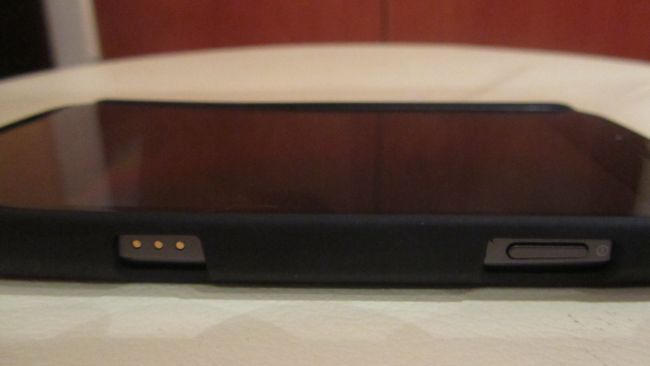 The case doesn't ever try to portray that it will offer maximum protection for your phone, that fact is implied within the name really. However, it does what is was created for very well, and that is offer some basic protection whilst adding a minimal footprint to the phone. This is probably the best case available for the Galaxy Nexus in my opinion, but as there aren't a whole load to pick from as of yet, take from that comment what you will. It is the case protecting my Galaxy Nexus, for the time being at least.
[nggallery id=21]