Real Life Football With Sony Ericsson and The Xperia Play

Sony Ericsson have recently created a viral video aimed to promote their catalog of football games, such as the newly released FIFA 12 on android (an Xperia Play exclusive for now). The concept behind the video is actually kind of cool, and involves controlling real football players using the Xperia Play smartphone. It pits Kasabians Tom Meighan against England "Star" Darren Bent. They simply press the appropriate button on the phone and it sends the signal wirelessly to the player. You'll just have to watch the video below to see what I mean! 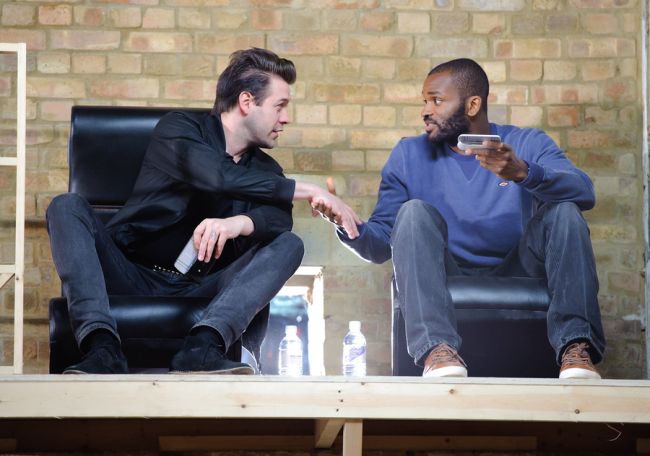 Speaking of the newly released FIFA 12, I'll be reviewing this game for the Play very soon so watch this space!

Kasabian vs Darren Bent in real life Xperiaâ„¢ PLAY football match Watch #XperiaKasabian at http://bit.ly/w0Jhzx22 November 2011, London â€“ Sony Ericsson in partnership with culture brand Umbro and Kasabian bring together front-man Tom Meighan and England star Darren Bent to play against each other in the first ever, real life video game football match.To celebrate Sony Ericssonâ€™s ever-growing catalogue of football games, the new viral Kasabian Football Gaming Live sees the gaming world collide with reality.Tom and Darren took two five-a-side football teams to a real life pitch, controlled by wireless headsets andspecially programmed Xperiaâ„¢ PLAY smartphones to move the players around. Never before has a live match been played like this. Sony Ericsson transformed the smartphones to have the ability to command the players to strike, tackle, cross, dribble, slide, pass - just like in the video game, but with real-life footballers. Visit to watch http://www.sonyericsson.com/kasabian Tom Meighan, Kasabian, said: â€œI wouldnâ€™t have stood a chance playing against a pro-footballer like Darren in real-life, but on the Xperiaâ„¢ PLAY itâ€™s a whole different ball game. I think I actually managed to give him a run for his money â€“ never under estimate a musicianâ€™s secret football talents!â€ Aston Villaâ€™s Darren Bent, chipped in: â€œIt was great fun using the Xperiaâ„¢ PLAY to control my players and completely surreal. I never thought in a million years Iâ€™d be playing football against a rockstar.â€ The track accompanying Kasabian Football Gaming Live is single Re-wired by Kasabian, out now.