Mojang have released Minecraft Pocket Edition to the android market. Now personally I have never played this game, but from what I understand, it's a fantastic way to lose a lot of your free time! 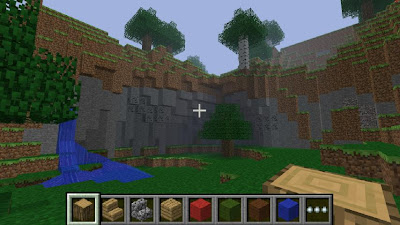 Mojang comment on the first release of the game with:

The first version (Alpha 0.1) will focus on the creative aspects of Minecraft. We have tried to put in the features that make sense for playing on a mobile device while still keeping the core of the Minecraft experience. You will be able to select blocks on the touchscreen or just scroll through them with the circle and square buttons on the Xperia Play device. The first version also supports multi-player on a local wireless network allowing you to create a world and invite friends to build together.Â  Some of the features in this release include:

It's quite expensive at Â£4.26/$6.99, and at the moment is available exclusively on the Sony Ericsson Xperia Play. But I don't think that price will stop the fans of this game from buying it anyway!
Market Link