EA Sports has just released FIFA 12 in association with Sony Ericsson. The newest FIFA game comes exclusively to the Xperia Play until early next year. What might come as even better news for Xperia Play owners is that the game is actually free via the phones Games widget. That's a pretty good deal as this game would probably be at least Â£5 when it hits the android market proper. I've had a quick go of this game myself and was very impressed. The graphic, music and game options are great and plentiful, more thanÂ enoughÂ there to keep you going for hours and hours, and did I mention it was free? 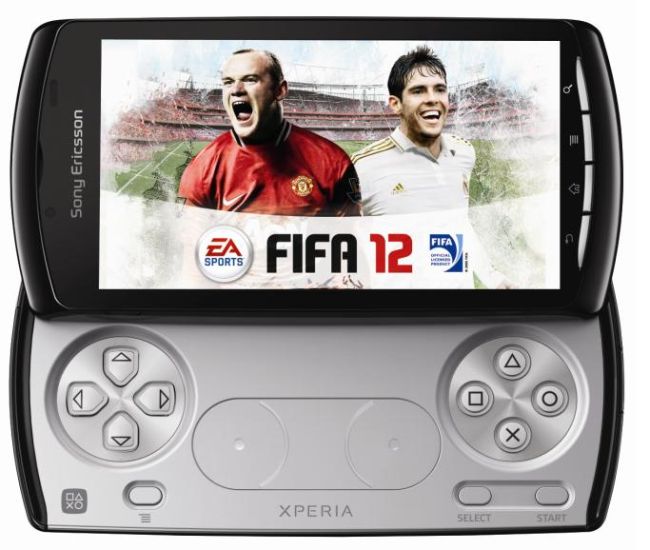 The controls do take some getting used to however, and the fact that the d-pad is not used is somewhat confusing, nevertheless the touchscreen buttons have been implemented well and you also get the choice to use the touchpad on the controller too. If any of you Xperia Play owners out there have had a chance to play this game let me know your thoughts! Oh, one last thing, make sure you have at least 1.5GB of free space on your sd card before attempting toÂ downloadÂ this game!

FIFA 12 Kicks Off Exclusively on Xperiaâ„¢ PLAY EA Mobile Teams with Sony Ericsson to Debut Latest Outing of World-Leading Football Franchise on AndroidLondon â€“ December 1st, 2011 â€“ EA SPORTSâ„¢ FIFA 12, the latest edition of the worldâ€™s most popular sports videogame franchise, launches today as an Android exclusive on Sony Ericssonâ€™s flagship gaming smartphone Xperiaâ„¢ PLAY.FIFA 12 lets fans take control of football superstars like Wayne Rooney and Kaka, and delivers one the most authentic sporting experiences on mobile, with features including Leagues and Cups, Quick Match and Daily Challenge.The game, developed for Android by EA Mobileâ„¢, a division of Electronic Arts Inc. (NASDAQ: ERTS) will debut on XperiaTM PLAY fully-optimized for gameplay using the PlayStationÂ® Certified smartphoneâ€™s unique gamepad. FIFA 12 will also be available exclusively on the wider Xperiaâ„¢ range, including the companyâ€™s acclaimed Xperiaâ„¢ arc S, Xperiaâ„¢ arc, Xperiaâ„¢ ray, Xperiaâ„¢ neo and Xperiaâ„¢ pro smartphones. Fans can expect improved gameplay depth, authentic commentaries, updated teams from the worldâ€™s top leagues, and all new replay systems and stadium designs to enhance the FIFA experience. â€œOur vision is to create the most authentic FIFA experience that fosters one of the largest football communities on the planet,â€ said Glenn Roland, VP, EA Interactive, New Platforms and OEM. â€œBy introducing FIFA to Xperia devices weâ€™re able to give fans yet another compelling opportunity to play no matter where they are, anytime, anywhere.â€ FIFA 12 joins a strong roster of titles the publisher has brought to Xperiaâ„¢ PLAY in 2011, including leading franchises like Battlefield and Need For Speedâ„¢. A number of these titles are currently available for free download as part of Sony Ericssonâ€™s â€˜Get In The Gameâ€™ limited-time Xperiaâ„¢ PLAY promotion. FIFA Soccer 12 itself will be available as part of this promotion until early 2012. â€œThis year, weâ€™ve partnered with EA to bring some of its best titles to Xperiaâ„¢ PLAY for an unmatched mobile gaming experience,â€ said Tim Harrison, Head of Content & Strategy at Sony Ericsson. â€œFIFA is a huge franchise that appeals to football fans around the world and a real highlight in a successful autumn and Holiday season of bringing great content to Xperiaâ„¢ PLAY.â€ All information and details about the promotion on Xperiaâ„¢ PLAY is available at: www.sonyericsson.com/eapromo FIFA 12 is distributed under the title FIFA Soccer 12 in North America.