AT&T over in America have just announced their new phone, the Titan 4G. This AT&T branded phone is actually a rebranded HuaweiÂ U8800 IDEOS X5. Its arrivingÂ September 18th for $29.99 on contract. 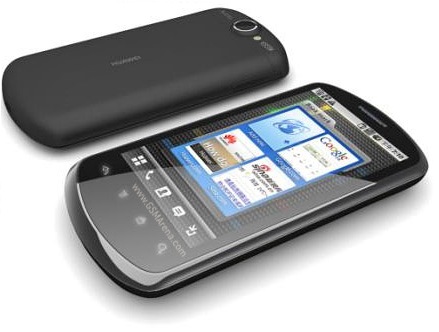 Huawei actually make decent phones, and as a budget handset this is a decent offering, the specs are not great by any means, but neither is the price. You can do much worse than grabbing one of these if you're short on funds. Full specs are:

Working 9 to 5 during the summer season can make anyone reluctant to spend that hard-earned money.Â  Now,Â smartphoneÂ customers can have a cutting edge smartphone at an exceptional value -- the Impulse 4Gâ„¢ fromÂ AT&T*. Key Facts - Beginning Sept. 18, the Impulse 4G will be available for $29.99 with a two-year contract through AT&T stores, online at att.com and through select national retailers. -Â The Impulse 4G from AT&T offers unbeatable value for those wanting to take advantage of the capabilities of anAndroidâ„¢-powered smartphone at a lower cost.Â  The Impulse makes itÂ possible to surf the web, watch videos, check emails and stay engaged with social media from a phone at an affordable price. -Â Impulse 4G includes a 3.8â€ touchscreen and the ability to record HD video. Appearing in AT&T TV spots starting Sept. 18 and notably AT&Tâ€™s first smartphone from Huawei, the Impulse 4G doesnâ€™t skimp on features despite its unbeatable value.Â  Running the Android 2.2 platform and sporting HD video recording, a full touch screen and 5-megapixel camera, Impulse 4G meets mobile needs and can be paired with a Data Plus plan, with 200 MB of data for just $15 dollars. Device Specs and Key Features -Â 3.8â€ Capacitive WVGA Touchscreen -Â Operating System: Android 2.2 -Â 5MP Camera with auto-focus, flash, and 720p HD video record -Â Wi-Fi with access to AT&Tâ€™s Hotspots -Â GPS Navigation -Â Dimensions: 120mm x 65mm x 11.6mm