It was a bank holiday in the UK today, and I was out doing what we all love to do, that's right...shopping! (or more precisely, walking into every mobile phone store and wasting away the hours on the numerous phones and tablets they had out). I took a short break to go and have a browse at the tech magazines (yeah, they do still make those..), when I suddenly noticed something, there was a distinct green theme right across the top shelf. 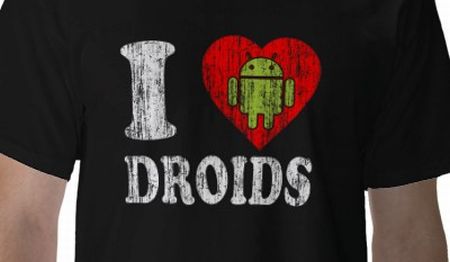 In this particular newsagent, there were three levels of shelves, and the android magazines were all on the top shelf in what I would describe as the prime location. The ios magazines were in the dull and dark bottom shelf, the one where you have to get on your hands and knees to read.

I don't think we should just gloss over what this really means either. It might just be a coincidence, but I doubt it. Magazines that are going to sell will be given prime location, and right now that means android, and more android. Compare this to only a year ago, you'd have been lucky to see even one spec of green on that shelf.

This is great news for android, it shows that the general public are really beginning to understand what they have in their pockets, that the phone they own runs an OS called android, and android has the ability to mean something to them (over for example, what you would get with a smartphone).

It shows people care, and that is a great positive for android and it's future